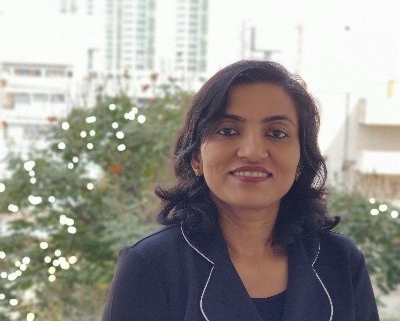 Since most of my dozen books are out of print, I decided to go in for ‘print-on-demand’ technology as I was not inclined to go in for reprint of my books.

This technology enables the printing of either a single book, or multiple copies. Besides, this publishing platform can be used by individual authors for publishing their books in print at little or no upfront investment.

After a bit of research by googling, I decided to zero in on Pothi.com, owned and operated by Mudranik Technologies Pvt. Ltd., a Bangalore based start-up founded in 2008.

Another added attraction was that the platform had tied up with Manipal Technologies, Manipal, for printing the books.

The clincher which led me to select Pothi.com was the fact that the platform was co-founded by Jaya Jha (in picture), an MBA in marketing and strategy from IIM Lucknow and a B. Tech. in computer science from IIT Kanpur.

Since the platform was technologically-driven, I wrote to them asking for a meeting with their representative because I was not technology-savvy. However, I was informed that they were working ‘remotely’ and not in a position to meet me.

Nevertheless, I managed to upload my latest book ‘Round and About with P T Bopanna’ a few days ago on the platform after paying their fees. I had sent them both PDF and EPUB files.

To put things in perspective, my nine books have been converted into ebooks and uploaded on Kindle and Google Play.

On October 13, my first book from Pothi.com arrived. It was couriered to me by Manipal Technologies, Manipal.

The imprint line of the book about author, publisher, price, etc. which appears normally on page 2, could be found only at page 36!

The most hilarious part was that a chapter on writer Chetan Bhagat, with page number 34, was on the last page. As the title of the chapter suggests ‘Half Girlfriend’, the page had only half of the content on the last page, and the other half was missing. I am trying to trace the second half of the page in the book. Talking in jest, the Pothi people must have felt that ‘Half Girlfriend’ deserved only half a page!

The foreword to the book by fashion guru Prasad Bidapa which should have appeared in the preliminary section, was found on page 44.

The list of mix-ups go on and on. It looks like technology has taken over everything and there is hardly any application of mind, as the companies have tried to cut down on hiring hands to ensure proper processes are followed.

I immediately sent a message to Jaya Jha, the co-founder of Pothi.com, on LinkedIn, followed by two emails I found during Google search. But I am yet to hear from her.

I wrote to Pothi.com on the mix-up. I received the following mail from them: “We apologize for the inconvenience caused to you. We kindly request that you send images of the print copy highlighting the issue so that we can check the same and escalate it with our production team.”

Given the magnitude of the mix-up, it is an impossible task to “send images of the print copy highlighting the issue.”

Paperback copy of ‘Round and About with P.T. Bopanna’ is available on Amazon: