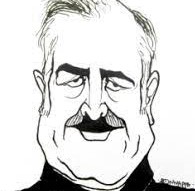 I have begun work on my new book. The title of my ninth book will be ‘Round And About With P. T. Bopanna.’

The new book will be a compilation of my published articles written in a lighter vein. Most of the articles are related to Kodagu (Coorg) in Karnataka.

My previous books were serious in nature. Being a chronicler of Kodagu, while documenting facts relating to Kodagu, there was hardly any scope for engaging in humour or tongue-in-cheek writing. So I thought it was time to put together my articles written in a lighter vein.

Now I have to explain a bit about the title of the proposed book. When I planned to publish my articles written in a lighter vein, my thoughts went back to the days spent in Mumbai as a student of journalism in the late 1970s. Like most Mumbaikars, I too enjoyed reading the daily column ‘Round And About’, written by Behram “Busybee” Contractor.

Busybee was perhaps India’s only full-time satirist. He used to write a 400-word humorous piece every day.

By a strange coincidence, when I did my journalism internship with Mid-Day newspaper, Buzybee too was working there. My table in the office was located next to his table.

Buzybee was invariably hunched over his typewriter, looking into the keyboard from very close quarters due to his poor eyesight.

The widely read column was very popular among those travelling on the suburban trains. I must admit the title of this book is inspired by Buzybee.

Besides articles related to Kodagu, I plan to add a few more articles written during my career in active journalism. They include how I sneaked into a function attended by Prince Charles in Bengaluru in 1992. My looks those days were misleading and I was often mistaken for a police official. Though the function was barred to the press, I managed to file an interesting story on the visit of Prince Charles to the British Council Library.

Another report I plan to include in the book pertains to my meeting with the legendary Russian test pilot Viktor Pugachev in 1998 at the Aero India show in Bengaluru.

Pugachev attained stardom after he performed the Cobra manoeuver. In aerobatics, Pugachev’s Cobra (or Pugachev Cobra) is a dramatic and demanding manoeuvre in which an airplane flying at a moderate speed suddenly raises the nose momentarily to the vertical position and slightly beyond, before dropping it back to normal flight.

On November 1, 1989 he landed a Su-27K on an aircraft carrier for the first time in Soviet history.

I plan to include in the book my visit to Bhabha Atomic Research Centre (BARC), Mumbai, and my lunch with the then Director Dr Raja Ramanna, who was instrumental in carrying out India’s first nuclear explosion in 1974 at Pokhran, much before Atal Bihari Vajpayee government carried out the second nuclear test.

Caricature image of P.T. Bopanna is by cartoonist Nala Ponnappa