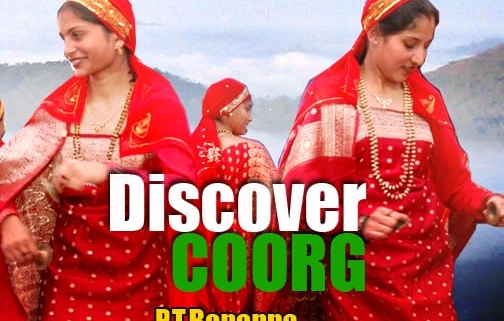 In view of the phenomenal success of the English version of my book ‘Discover Coorg’, a handbook on Kodagu district published first in 2006, I decided to bring out the Kannada version. The book ‘Kodagu: Mungaru Maleya Vismayada Nadu’ was published in 2009.

The decision to bring out the Kannda edition was reinforced by the fact that hardly any book on Kodagu in Kannda was available in the book shops. While the English version was basically aimed at the tourists from outside the state, the Kannda edition was meant to open a window to Kodagu for the rest of Karnataka.

The book has been translated into Kannada by T.S. Gopal, former principal of Srimangala Junior College in Kodagu district. I was very particular that the book should be translated by someone who understood the ethos of Kodagu. Gopal was well qualified for the job as he had earlier undertaken the work of bringing out a Kodava-Kannada dictionary.

The foreword for the book was written by the late C.M. Ramachandra, former editorial representative of The Hindu, at Bengaluru. Ramachandra was the Kodagu correspondent of The Hindu for several years in the early 1950s.

Most of the articles in the third English edition have been incorporated in the Kannada edition. These include the articles of Bollera Jajie Mandanna, well-known consumer activist and former president of the Bangalore Kodava Samaja, on Kodava wedding, Dr S.V. Narasimhan’s article on birds of Kodagu, Dr Boverianda Nanjamma Chinnappa’s article on Kodava cuisine, Chindamada Arati Monappa’s articles on Kodagu jewellery and on the Huthri harvest festival.

The book published by Prism Books, Bengaluru, contains more than 40 colour photographs, including the photographs of the renovated Bhagamandala and Talacauvery temples. The cartoons of Nala Ponnappa, and photographs from internationally renowned wildlife photographers – Krupakar-Senani, figure in the Kannada edition also.

‘RISE AND FALL OF THE COORG STATE’ IS CLOSEST TO MY HEART, SAYS AUTHOR P.T....

DISCOVER COORG VIDEO: EVERYTHING YOU NEED TO KNOW ABOUT KODAGU
Scroll to top